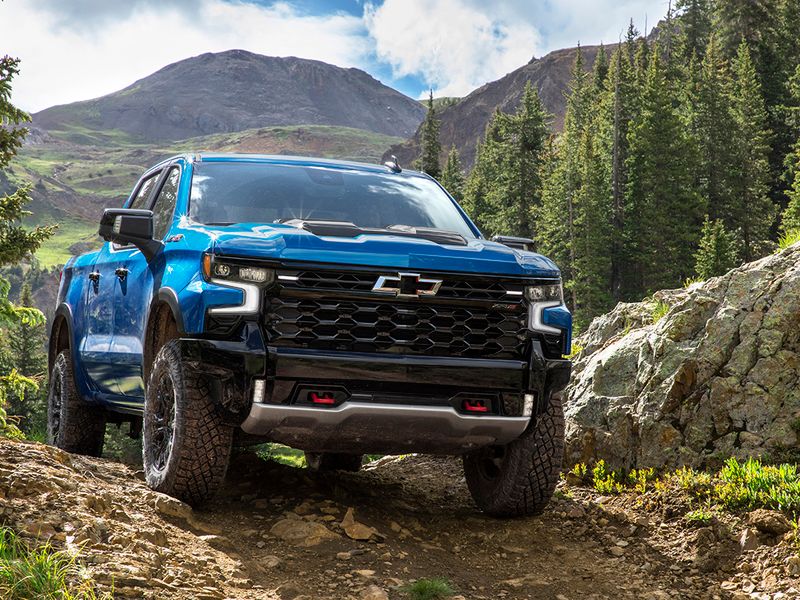 DETROIT — Chevrolet is expanding its Silverado lineup with a ZR2 off-road option in its latest refresh. The 2022 Silverado pickup will launch with Super Cruise availability and a revamped interior next year.

Silverado sales rose 8.3 percent to 286,410 in the first half of the year, maintaining the vehicle’s crown as General Motors’ bestselling vehicle in the U.S., though Chevy’s overall pickup sales fell short of rivals Ford Motor Co. and Ram. Chevy announced this year that it would launch an electric version of the popular pickup at Factory Zero in Detroit. GM declined to provide production timing, but forecasters expect the EV to go on sale in 2023.

“We’ve been selling the heck out of the current truck and we’ve got some great improvements here,” Steve Carlisle, president of GM North America, told Automotive News. “Our goal here is to continue to dominate with the pickups and Silverado in particular.”

The pickup, slated to go on sale in the spring, will be the first Silverado to offer ZR2. Of all Silverado sales, 60 percent are the off-road-capable Z71 and Trail Boss packages, Chevy said.

The Silverado ZR2 will be a worthy competitor to the Ford F-150 Raptor, Ram TRX and Ram Rebel, said Stephanie Brinley, principal analyst at IHS Markit. But Chevy is likely looking for broader appeal, she added.

All 2022 Silverado trims except the base work truck will include a redesigned interior with a wide, horizontal instrument panel and a more-functional center console available with electronic shift control on most trim levels.

The revamped interior addresses criticism that Chevy didn’t enhance the interior enough in the latest redesign, said Brinley. “They’ve added that level of technology but done it in a way that makes sense and fits well with the vehicle,” she said.

“It’s a more contemporary, refined design that elevates the premium nature of the interior,” Alexandre Scartezini, Chevrolet Truck lead interior designer, said in a statement. “It’s also a more driver-oriented space that’s connected to our performance heritage, with a hint of Corvette influence in its design DNA.”

The Silverado will also have Google Assistant, Google Maps and Google Play built in, accessible from the infotainment screen. The Google programs work with Android Auto and Apple CarPlay.