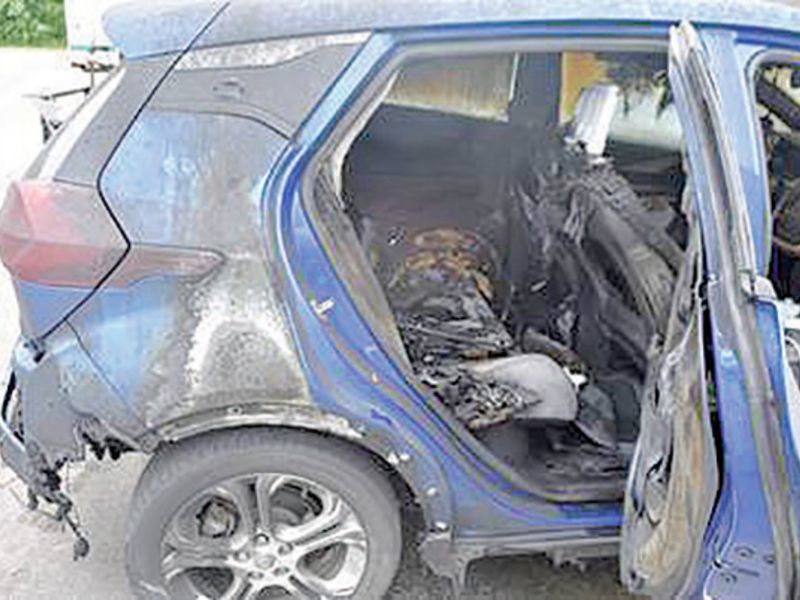 The Bolt, which launched in 2016, is supposed to be GM’s economy-priced, mainstream EV as the automaker rolls out more-expensive EVs, including the Hummer pickup and Cadillac Lyriq, powered by its next-generation Ultium batteries. The Bolt uses older, less- expensive battery technology.

If early adopters have a negative or dangerous experience with the Bolt, they could defect to other automakers for their next purchase.

“Anytime we transition to a new technology, there are bound to be bumps in the road, and the move to electrification is no different,” said Jessica Caldwell, executive director of insights at Edmunds.

“We aren’t expecting the move to EVs to happen overnight, but GM must continue to swiftly resolve any issues that arise so their customers as well as future EV owners feel assured they are getting a safe, quality product.”

A Chevy dealership in Lincoln, Neb., has been holding Mercer’s Bolt since Aug. 2, when he dropped it off for GM’s recommended software update. The dealer ran a test on the battery and found defective modules, making it unsafe to drive. He’s been driving an Equinox loaner for the past three weeks.

“My biggest fear is that they’ll ask for the cars” back, like with the EV1, Mercer said. “There’s no other electric car I can buy for the price I got this one for. I would be out of luck.”

Jon Lawrence, a retired technologist from St. Clair Shores, Mich., purchased a 2022 model of the new Bolt EUV crossover at the end of June. He’s had no complaints so far, but the fires in older Bolts have been weighing on him.

A customer from Wakefield, Mass., asked GM to buy back the Bolts unless it had a sure solution, calling the vehicle a “ticking time bomb that can potentially burn down my house, with my family’s dead bodies in it.”

Other customers who live in multifamily homes with central or underground parking said they worry about their neighbors’ safety.

GM has advised customers with recalled Bolts to park them outside to protect their homes from a potential fire.

“Shall I just chance burning down the local farmer’s field or forest that I’m forced to park it in, then?” a customer from Oregon City, Ore., wrote to NHTSA. “I’ve requested a buy back by Chevrolet and was refused. This is a preposterous situation that puts me, my passengers, and others around me in danger.”

Mercer said if GM successfully replaces all the lithium ion modules and he gets his car back in a timely manner, he would consider buying another Bolt or Chevy EV in the future. Chevy is the only brand that has used EVs with sufficient range for less than $20,000, he said.

Lawrence said his friends and family have been enthusiastic about his new car and eager to try it out. But they heard about the battery fires, too.

“Bring the marshmallows,” he said. “You’re going to go for a ride in the Bolt.”