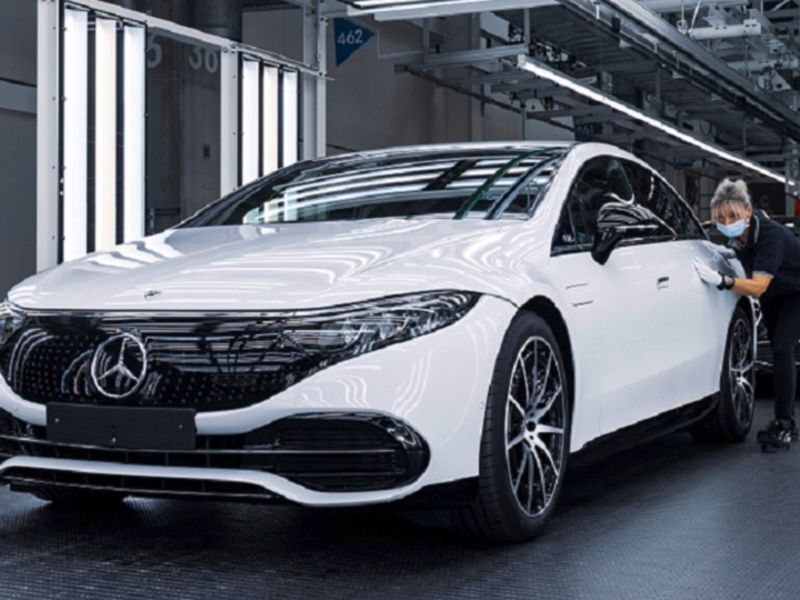 STUTTGART — Daimler expects significantly lower sales of Mercedes cars through the end of September due to the ongoing chip shortage.

“With the plant closures at semiconductor suppliers in Malaysia and elsewhere, the challenge has now become even greater, so our sales in the third quarter are likely to be noticeably lower than in the second quarter,” CEO Ola Kallenius told Automotive News Europe sister publication Automobilwoche.

In recent weeks and months, Mercedes plants have been repeatedly shut down due to a lack of parts.

Among the vehicle assembly plants hit by the disruption is Factory 56 in Sindelfingen, where the Mercedes’ flagship sedans, the S-Class and EQS electric car are built.

Kallenius said the chips shortage is making even longer delivery times that were already long because of the COVID-19 pandemic.

He declined to predict how long the semiconductor crisis will affect the automaker’s business.

“Longer-term forecasts are really very difficult,” Kallenius said. “If a government orders a lockdown at some component plants, as in Malaysia, then parts become unavailable overnight. No supplier can foresee that, and of course neither can we.”

“What is important is that demand for cars is there,” he said. “At some point the chip problem will also be solved.”

Kallenius said he was confident the company was better prepared than before the pandemic for supply chain shocks.

“We have made our business significantly more flexible and watertight,” he said, adding that customers were used to waiting for highly sought-after products.

It is not the only automaker to warn of dampened revenues in the third quarter due to chip supply disruptions. Competitors including Volkswagen, Toyota and Geely have flagged in recent weeks the shortage, as well as resurgent COVID-19 cases, could threaten sales in coming months.

Consultants J.D. Power and LMC Automotive also warned last week that U.S. auto retail sales were likely to have fallen sharply in August due to both factors.

Daimler is due to report third quarter earnings on Oct. 29.

Reuters contributed to this report

How To Make Extra Income On Coinbase