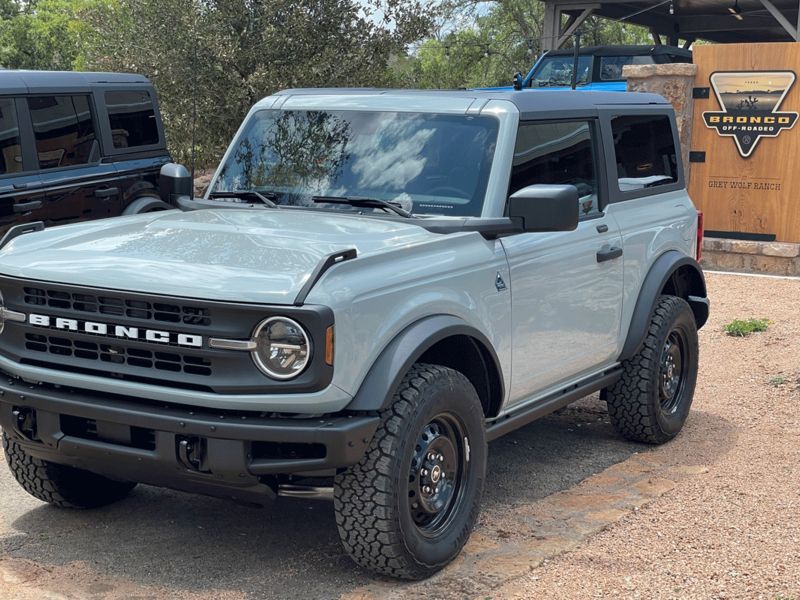 DETROIT — Ford Motor Co. said Thursday it needs to replace molded-in color hardtop roofs on all Bronco SUVs built to date, which will delay production and delivery to owners by months.

The automaker, in a letter to customers, said the molded-in color hard tops on both two-door and four-door Broncos suffer from a quality issue that creates an “unsatisfactory appearance when exposed to extreme water and humidity.” The automaker said it doesn’t expect replacement roofs until October and will begin notifying owners of a delivery timetable in September.

“We’re embarrassed we didn’t catch this sooner,” Jeff Marentic, Ford’s general manager of passenger vehicles, told Automotive News. “We’re doing everything we can to get the product to customers as soon as possible. We understand how unhappy they are but we’re working to get that resolved as fast as we possibly can.”

The news marks an escalation of issues with roof supplier Webasto. In March, Ford said two roof options — the “modular painted” hard top and “dual roof” — would be delayed until the 2022 model year. Molded-in color roofs were the only hard tops made available at launch, in addition to soft tops.

Marentic said Webasto has made a manufacturing change to the hardtops that  should resolve the quality issue and they plan to add a second plant next year to boost production. He said Ford would continue to work with them despite the issues.

Webasto on Thursday released an e-mailed statement on the matter:

“It is our goal to ensure that our product always meets our customer´s and their end consumers’ expectations. Constantly reviewing, reworking, and executing is a regular part of our quality process. We remain fully engaged with our customer to address any concerns as they arise.

“The imperfections are microscopic, do not affect the functionality of the roof and are exposed in heavy rain and humidity. We found it and have now put in corrective steps. To meet the high demand and increase roof production capacity, we will build another new production location in southeastern Michigan.”

Meanwhile, Bronco owner forums have been buzzing, with some complaining of roof issues shortly after delivery. Others have said their Broncos were built weeks ago but have been sitting in lots around the Michigan Assembly Plant for an unknown reason.

A video posted to the Bronco 6G forum this week appeared to show thousands of Broncos sitting in lots around the plant in Wayne, Mich.

In its letter Thursday, Ford said it would prioritize oldest units first to receive the replacement roofs. It informed customers that it “needs to replace all existing molded-in color hardtop roofs before we can make any new hardtop Broncos.”

Marentic noted that owners who have already taken delivery will receive the new roofs first, followed by those whose vehicles are sitting in lots around the plant. He said those who have already received their Broncos can continue to drive them without worry over safety or performance.

Ford said that if a customer’s Bronco has not been scheduled for production yet, except for First Edition reservation holders, they would not receive a 2021 model year vehicle. Marentic said Ford would price protect the current vehicles for both the 2022 and 2023 model years.

Ford said production of 2022 model year vehicles is expected to begin in December.

Marentic said production of four-door soft tops will continue. He declined to say if customers who have already ordered hardtops can switch to soft tops, but noted the automaker is considering options like that and will have more to say in the coming weeks.