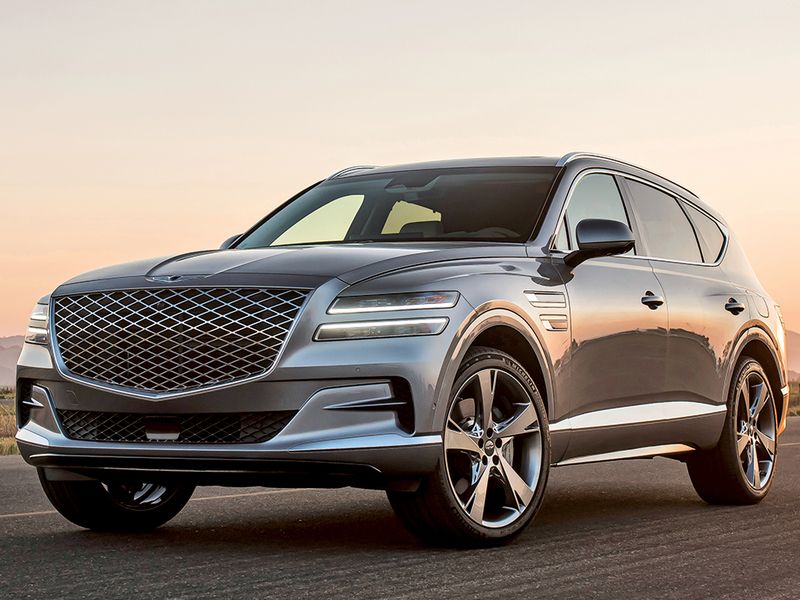 G70: The compact sports sedan was freshened this year as a 2022 model. The styling changes include the brand’s “two lines” design language, with parallel lines marking front and rear lighting. The first generation of the G70 was launched in 2017, putting it on the path for a redesign in 2023.

G80: The second generation of the G80 was launched for the 2021 model year and is expected to mostly carry over for the 2022 model. However, a revived Sport variant should come by the end of the year. The Sport will feature dark glossy chrome, unique wheels and rear-wheel steering for improved handling.

Electrified G80: Genesis introduced its first EV at the Shanghai auto show in April and said it would make its way to the U.S. and Canada. The G80 EV will come standard with all-wheel drive and the Hyundai Motor Group’s new battery architecture that allows for ultrafast charging. The Korea-spec version will have about 250 miles of range, using Korea’s certification system. North American specifications are expected this year. The Electrified G80 is likely to go on sale in the first half of 2022.

G90: The large sedan underwent a substantial freshen for the 2020 model. It is due for a redesign in 2023 that could transform it into a large EV sedan to compete with rivals such as the Mercedes EQS.

GV70: Launched in May as a new model, the compact crossover is expected to become the brand’s best-selling vehicle in the U.S. by the end of the year. It sold nearly as well as the larger GV80 in July. A freshen should come in 2024.

GV80: Launched in November 2020 as a new model, the midsize crossover quickly became the brand’s sales leader, outselling the three Genesis sedans combined through July. A freshen should come in 2023 and a new generation in 2025.

GV60 EV: Genesis has been developing a small crossover on Hyundai Motor Group’s new dedicated battery-electric architecture. The company confirmed last week that it will take the GV60 name and be launched in the first half of 2022 with the brand’s “two lines” styling.

Social Adjust In The Blockchain Space