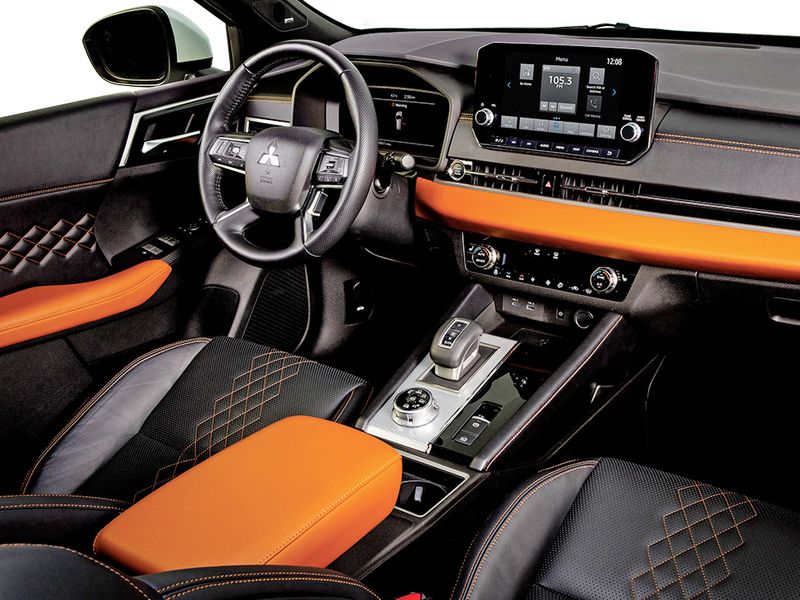 Nissan may save the day for Mitsubishi with a rebadged version of the Kicks subcompact crossover, for example, but dealers don’t see anything else on the horizon. Mitsubishi does have a plug-in hybrid Eclipse Cross in Europe, but it is not being promised for U.S. sales.

The company’s product plan — revealed during its yearly earnings presentation in May — suggests there could be future hybrid and electric models developed through the alliance. But that presentation did not offer any details beyond an electric city car developed with Nissan for the Japanese market.

Mirage: The tiny economy car in its sedan and hatchback variants was freshened this year as a 2021 model. The subcompact received a new grille and bumpers, new standard safety equipment and a better infotainment system. Underneath, however, remains a decade-old architecture with a three-cylinder engine and 78 hp. But since it is one of just four Mitsubishi models in the U.S. lineup, it’s likely to stick around for a freshen in 2023.

Outlander Sport: Freshened for the 2020 model year, and with some equipment and trim additions added for the 2021 model year, the Outlander Sport crossover carries over into 2022. Remarkably, the Sport is still the first generation of the vehicle, dating to the 2011 model year, with some freshens here and there. With the Eclipse Cross getting larger as part of its freshening, the Cross and Sport are close in size. Mitsubishi dealers would prefer a newer, smaller Nissan-based crossover in the subcompact space — a version of the Kicks, perhaps — but will probably get another Sport freshen in late 2022.

Eclipse Cross: Mitsubishi describes the 2022 Eclipse Cross, freshened this year, as “redesigned, stylish and sporty,” but it is still based on the first generation from the 2018 model year. The styling changes transformed the Cross from an ugly duckling into something far more mainstream. The interior is also much improved. Mitsubishi offers a plug-in hybrid version in Europe, and while U.S. dealers would like access, Mitsubishi has no plans to bring it stateside yet. The Eclipse Cross should get a redesign in 2023, possibly on an alliance platform.

Outlander: The redesigned 2022 Outlander is a midsize crossover with three rows of seating, something that even the platform-mate Rogue does not offer. The Outlander represents an entirely new vision for Mitsubishi as more stylish and upscale. Dealers say the vehicle is attracting a wealthier, more demanding buyer, and they’d love to see more of the same as the automaker plans future vehicles. An Outlander freshening should come in 2024.

Outlander PHEV: The 2022 Outlander plug-in hybrid is based on the previous-generation gasoline-powered Outlander, which appeared in the 2014 model year. The hybrid was updated with a bigger battery pack and a more powerful gasoline engine for 2021. A redesigned plug-in Outlander based on the new-generation gasoline model is coming in the second half of 2022, Mitsubishi has confirmed. The new-gen PHEV should be freshened at the same time as the gasoline model, in 2024.

Electric vehicles: Mitsubishi’s official plan outlined in its May earnings presentation foresees several alliance EVs and hybrids that will “utilize common electrical components for EV/HEV.” But the automaker has not offered any details.

Nissan is moving toward its own electric future, and Renault already has EVs in Europe, so there is at least a basis for some Mitsubishi full-electric vehicles in the future. But that could depend on the future of the automotive alliance itself and how it allocates its resources.

How To Make Additional Cash On Coinbase