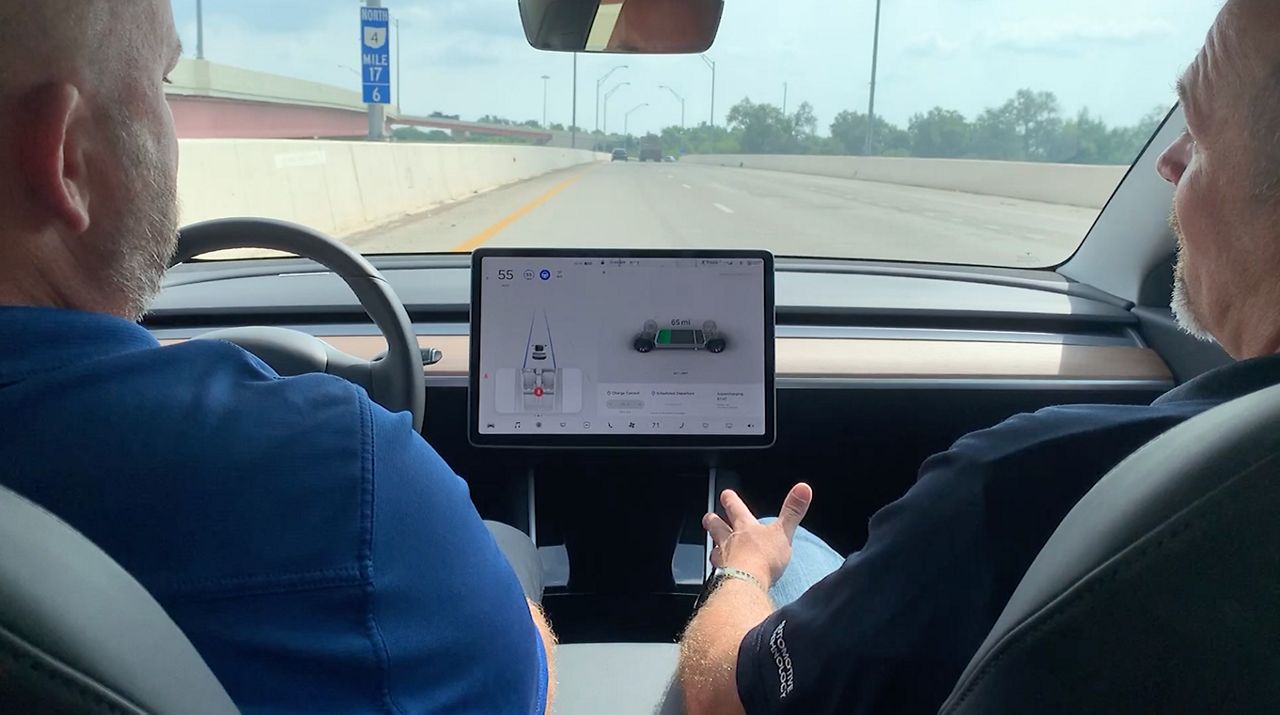 DAYTON, Ohio — Since the early 1950s universities and automotive companies have been doing research on driving assistance features and autonomous cars.

And now automotive professors from across the country are traveling to Dayton to learn more about the latest technology.

What You Need To Know

The automotive industry is nothing new to Southern Illinois University graduate and professor Kent Meckfessel. For years he’s worked for his family-owned auto business.

“I have a lot of background in steering, suspension under car alignments,” said Meckfessel. “And I’ve taught a lot of electrical courses now with my six years at Southern Illinois and so it all kind of fits together.”

Meckfessel is one of more than 30 professors to participate in Sinclair College’s week-long autonomous vehicle training. One of the many things he learned this week was about the importance of these target posts and calibrating the car.

“That could have the car steering out of the lanes or think a parked car on the side of the road is now in front of you and stopped,” he said. “So we have to calibrate these things and make sure through service that we’re able to keep them on target.”

One of the coolest parts of training has been going on test rides in autonomous vehicles. Self-parking, crash avoidance, and semi-autonomous driving were just some of the demonstrations.

“One car bounces off the lanes where the Super Cruise in the Tesla seems to be more steady and follow a path but they have different sensors and inputs that help them do that,” he said.

Meckfessel is sharing his test drive experience with other trainers.

From test rides to simulations, and learning more about the autonomous car features, Meckfessel said he’s gained a lot of useful information.

“Being able to drive it, put our hands on see the equipment (and) utilize it so that we can fix the problems that arise with the cameras,” he said.

He said it gives him a great perspective on what the future of the automotive industry will look like.

“(It’s) not going to be about turning wrenches and in grease and changing oil,” he said. “There’s going to be a bit of that but it’s going to be more about the computers and electronics and diagnosing the network systems.”

He’s looking forward to sharing this knowledge with his students when they return in the fall.

“So gathering that information here from the different manufacturers and tools and equipment and bringing it to my school and passing it on to the new students in my program and making it more valuable,” he said.

And although there isn’t a car on the market that is fully autonomous right now, he said he’s optimistic about the future of the automotive industry.

“I think the full autonomous (car) is going to be a long way off, but we’re well on our way and the technology is flowing faster than I could have ever imagined,” he said.