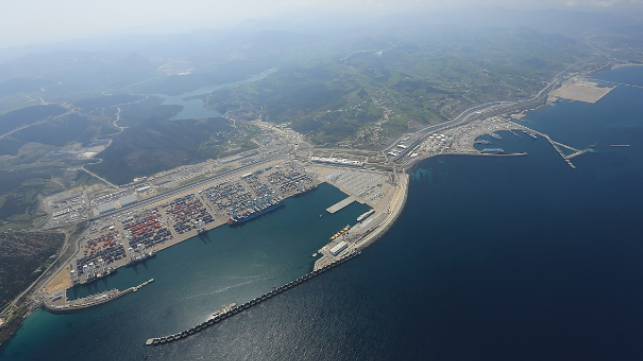 STMicroelectronics is set to inaugurate a new electric vehicles (EV) chip production at its facility in Bouskoura, Morocco. The plant will be dedicated to producing electronic chips for Tesla after STMicroelectronics won a contract with the American electric automaker. Initial production has already begun on the company’s existing lines.

The announcement makes Morocco the first African country to fully venture into the emerging market of electric vehicle export. Globally, there has been a biting shortage of microchips: the Covid-19 pandemic increased demand for personal electronics, outstripping supply. In addition, supply chain disruptions caused by the pandemic led many Asian based chip manufacturers to downsize operations. Thus, Morocco enters the chip market in hope of plugging an existing shortage.

The presence of Europe’s automotive giants – Groupe Renault and Groupe PSA (now Stellantis) – has successfully cemented Morocco’s position in global automotive exports. In fact, as of 2019, Morocco’s automotive industry sales accounted for 27.6 percent of the country’s exports. These companies have attracted another 200 international suppliers operating their own local manufacturing plants. For instance, the American firm Lear operates 11 production sites in Morocco specializing in car electrical and seating systems. In addition, the Chinese wheel manufacturer and aluminium supplier CITIC Dicastal has a $400 million plant in Kenitra, where it supplies the nearby Groupe PSA industry.

Morocco’s economic transformation is founded on its vibrant port complex. Tanger Med is located at the confluence of major global shipping routes, and it has one of Africa’s most competitive business models.

“Morocco stands out as a country that has seized the Covid-19 crisis as an opportunity to launch an ambitious program of transformative reforms,” observed a recent economic monitoring report by World Bank. Some of the programs include restructuring Morocco’s large network of state-owned enterprises such as the Tanger Med port complex under Tangier Mediterranean Special Agency (TMSA).

In order to optimize the operational efficiency of TMSA’s core businesses – the port and Free Trade Zones – the government established a subsidiary, Tanger Med Port Authority, dedicated solely to port operations. This distinction streamlines the role of the state-owned enterprise, and it is intended to level the playing field for investors, ultimately enabling more firms to enter the Moroccan market.

Morocco’s entry into EV chip production thrusts the country into a booming market for EV vehicles, as witnessed in Europe and the United States.

Mountain Wheels: The electric Wrangler, full-sized Bronco and new Nissan Z are rides of the future