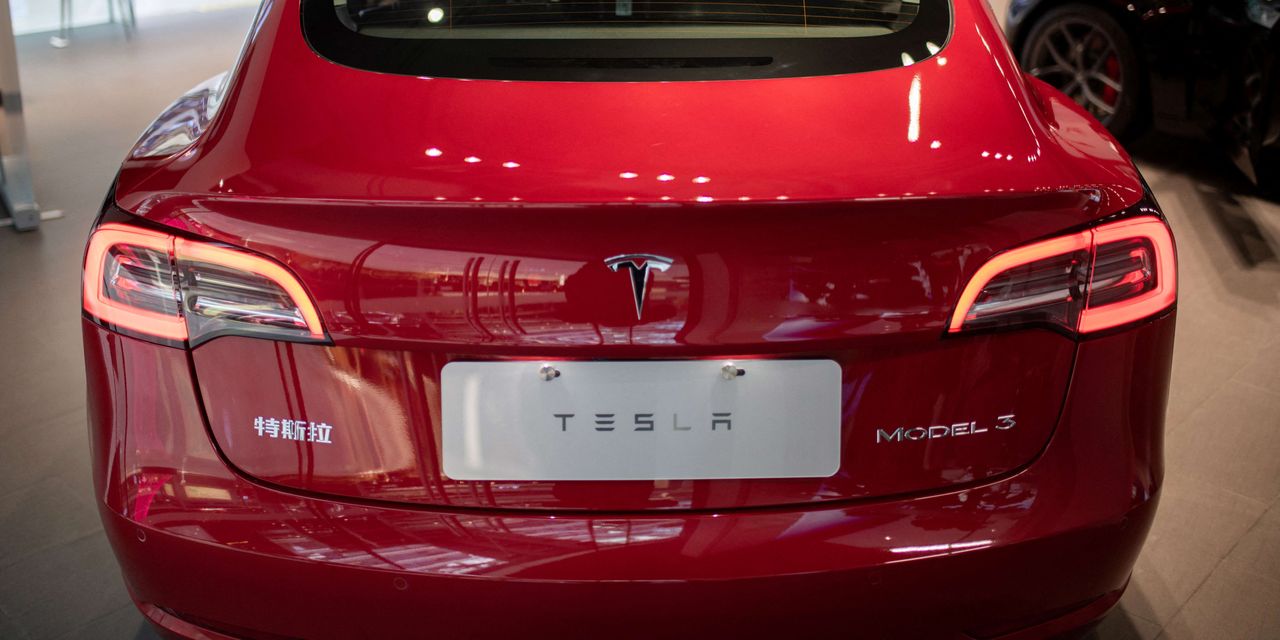 the company that transformed the auto industry with mass-market electric vehicles, has rolled out something that could be even more significant for the sector: monthly subscriptions for the software behind its highest-level driver- assistance options.

On Friday, Tesla (ticker: TSLA) made its Full Self Driving system available for $99 to $199 a month. Although the stock hasn’t gotten a lift—no surprise on a day when renewed fear about Covid-19 has left the

Elon Musk
‘s company has a history of making waves in the car business. Tesla began to convince its rivals that EVs could be practical and profitable when it started selling the Model 3 back in 2017. Consumers loved the lower-priced sedan.

(VOW.Germany) are pouring billions into EV development, battery technology, and manufacturing. The move from internal-combustion engines to battery powered personal transportation is considered a fait accompli.

Investors and analysts no longer worry about whether Tesla can make it happen. They spend their time on Tesla’s share of the EV market and projecting the overall growth of the industry. Soon auto investors and analysts will have to learn software investing terms such as ARPU—average revenue per unit, or user—as Tesla and its rivals try to conquer self-driving vehicles.

Motor (F), Volvo, and others can drive down the highway, or on well-marked city roads, adjusting speed and steering automatically. Drivers still need to be ready to take over at a moment’s notice, but manufacturers expect to eventually produce cars that can drive themselves safely without intervention.

That would be a valuable and lucrative feature. Up until Friday, Tesla drivers could only purchase Full Self Driving, or FSD, for $10,000, as a supplement to the standard Autopilot feature. That is a lot for any automotive feature, and drivers complained that the purchase wasn’t transferrable to new Tesla vehicles.

Now that FSD is available via a monthly subscription, both of those concerns are essentially resolved. And at $200 a month, FSD subscriptions have the potential to generate billions in sales, at high profit margins, in coming years. The company has about 1.6 million eligible vehicles on the road and is delivering about 200,000 new cars each quarter, an amount which is growing.

New Street Research analyst Pierre Ferragu calculates that by 2030, Tesla will make roughly $7,000 in profit from selling a car and almost $23,000 from selling FSD subscriptions on that vehicle. With economics like that, he sees the entire industry migrating toward subscription pricing.

Although old Chevy Impalas, for example, can’t be upgraded to the highest levels of GM’s autonomous-driving software, Super Cruise, GM will also have millions of vehicles with the required software in 2021 and beyond. That means it could follow Tesla’s lead into a new pricing model. So could Ford, with BlueCruise, and Volvo, with Pilot Assist.

How much an old-line car company could charge for its self-driving software, and how its margins would stack up relative to Tesla’s, would depend on the quality of the product. But even subscriptions of $50 a month would amount to tens of billions of dollars in found money in a few years.

Car buyers already pay for a few features on a monthly basis. GM has OnStar and drivers have signed up for satellite based radio, but nothing on the market now has as much potential as self-driving software to boost industrywide profits.

Now that subscription pricing has arrived, investors can stop wondering when it might land. The focus now should be on comparing the systems and the speed at which they are improving.

Exactly where The New Trading Platform Is Headed