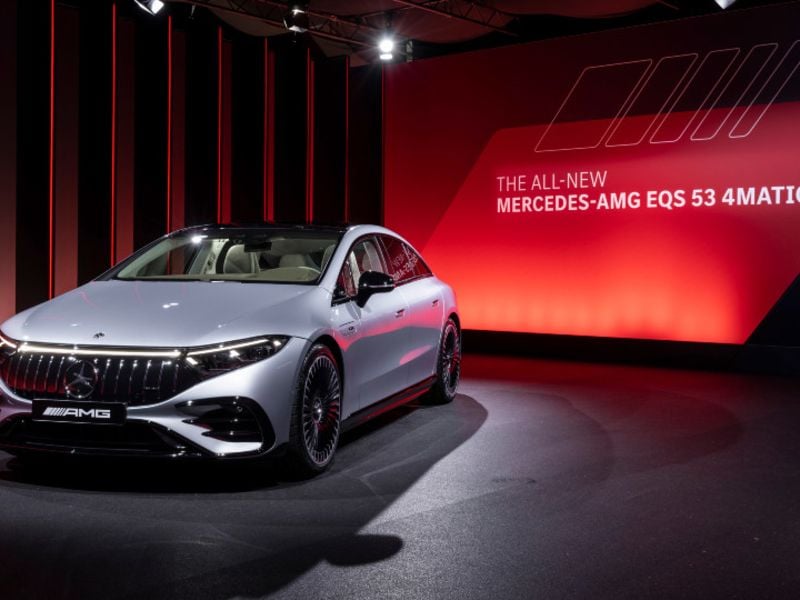 MUNICH — Munich is hosting IAA Mobility, a reinvention of the auto show that for seven decades occurred annually in Frankfurt, until the COVID-19 pandemic forced its cancelation in 2020.

Set amid environmental protests that shut down roads and the build up to a Sept. 26 election that will see German Chancellor Angela Merkel replaced after 16 years, the show has been rebranded to a “mobility” showcase of electric scooters and e-bikes, electric buses and trams, transportation pods, and cars too.

It was the first major automotive show to be held since pandemic cancelations brought Germany’s trade show industry a $47 billion loss, according to the Association of the German Trade Fair Industry.

Automakers were already questioning the relevance of auto shows before the novel coronavirus arrived. Ferrari, Aston Martin, McLaren, and Bentley opted to skip this one, too. But several major manufacturers thought it worth their while to be a part of the show, which was staged at Munich’s gargantuan convention hall and some of the city’s most significant and beautiful historical sites, including the Bayerische Staatsoper opera house.

Merkel and Formula One Champion Nico Rosberg were among the attendees.

Mercedes-Benz unveiled five battery-powered vehicles (plus a hybrid), kicking off a $47 billion effort to push its electric models to consumers.
Foremost among them is the EQE, the follow-up to the stately EQS sedan that Mercedes started selling last month. The EQS’s smaller, less-expensive sibling is expected to bolster the company’s sales volume, revenue and margins.