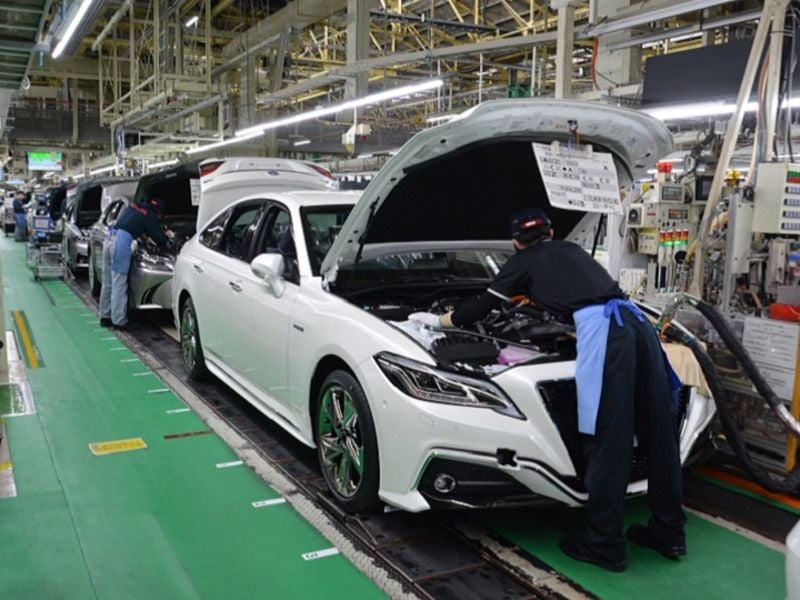 In an email to dealers shared with Automotive News last week from Southeast Toyota Distributors, the automaker’s largest U.S. distributorship, it counseled dealers to make the most of their allocations. Southeast Toyota distributes Toyotas to 177 dealerships across Florida, Georgia, Alabama and the Carolinas.

“Due to the uncertainty of future production dates, TMNA has provided guidance to exclude North American production weeks from tonight’s [mid-month] allocation,” the note said. “We will continue to assess the stability of future build weeks and will postpone allocating unbuilt production until we have a higher level of confidence in the supply chain.”

The note goes on to detail a revised allocation pool consisting of just 1,830 vehicles “solely comprised of confirmed production [completely built units] already in transit to our Vehicle Processing Centers.”

Toyota Motor North America began August with 139,600 vehicles in dealer inventory or on the way to dealers, with 26,900 of those being Lexus vehicles and the remainder wearing a Toyota badge, according to the Automotive News Research & Data Center. That gave Lexus a 23-day supply and Toyota a 16-day supply of new vehicles.

Robby Findlay, chairman of the Toyota National Dealer Council, said the brand’s dealers and their customers have come to understand shortages and learned that there’s not much they can do.

“In this new COVID world, we all understand that there’s going to be hiccups in the supply chain. We all have confidence that TMNA is going to get us as many vehicles as they can as fast as they can,” said Findlay, an executive with Findlay Automotive Group, which has three Toyota dealerships in Arizona and Nevada. “The dealer body? We get it. We get that this is going to continue at least through the end of the year. We’ve just got to sell what they give us.”

Findlay said that consumers have grown accustomed to dealing with short supplies in almost everything, including vehicles, because of the continuing effects of the pandemic.

“Customers get that there are shortages in all aspects of their lives, from toilet paper and now to vehicles, and they’ve become pretty understanding,” Findlay said. “But the fact that we’re all going through it together, all of the manufacturers, that makes it a little easier to explain and understand.”

Hannah Lutz and Reuters contributed to this report.