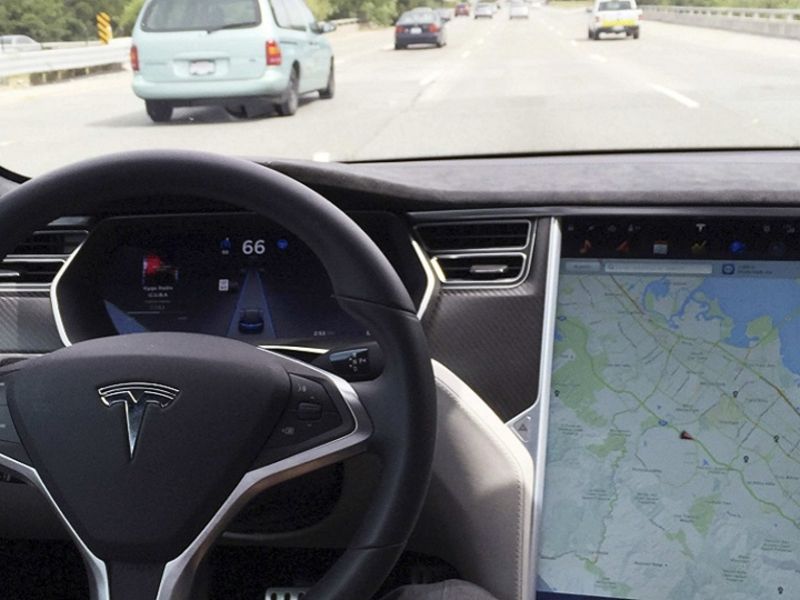 “Tesla doesn’t do that,” said Sam Abuelsamid, a principal analyst at Guidehouse Insights. “You can activate Autopilot anywhere.”

General Motors’ Super Cruise, Ford’s BlueCruise and Nissan’s second-generation ProPilot Assist — all marketed as “hands-free” systems — utilize camera-based driver-monitoring systems that ensure the driver is actively watching the road. The systems, too, are limited in where they can be activated, Abuelsamid said.

“That is going to inherently reduce the likelihood of getting into a scenario where the driver is not paying attention, whereas the Tesla system and some of these other systems don’t use the driver monitoring like that,” he explained. “They just use a torque sensor in the steering wheel,” which isn’t as reliable.

In response to the Tesla investigation, the Alliance for Automotive Innovation pointed to the “forceful and public statement” released by major U.S. automakers in April on the importance of effective driver monitoring for Level 2 automated-driving systems when both lane-centering and adaptive cruise control are simultaneously engaged.

“It is critical that consumers learn and understand the benefits — and limitations — of these features to build and improve confidence in these proven safety technologies,” John Bozzella, CEO of the alliance, said in a statement. “High-profile crashes hurt consumer acceptance and confidence in vehicles with this technology and will also impact gaining consumer acceptance and trust of higher levels of automation.”

The group — which said it supports providing driver monitoring as a standard feature on vehicles equipped with Level 2 systems — represents major U.S. automakers such as GM, Ford and Toyota, as well as some suppliers and tech companies that are working on automated-driving technology.

Tesla is not a member of the alliance. The automaker did not respond to multiple requests from Automotive News for comment. Nor did CEO Elon Musk comment on the probe during the automaker’s AI Day last week at its headquarters in Palo Alto, Calif. Musk said only that he was confident of achieving full self-driving with higher safety than humans using current in-car cameras and computers. At the event, Tesla also unveiled chips it designed in-house for its high-speed computer, Dojo, to help develop its automated-driving system. Musk said Dojo would be operational next year.

David Friedman, a former acting administrator at NHTSA who is now vice president of advocacy at Consumer Reports, said the agency’s probe is an important step for driver monitoring — a voluntary precaution he hopes NHTSA will require by law.

“People aren’t very good at watching paint dry,” he said. “If they think that’s their only job, they’re likely to check out, and it is Tesla’s responsibility to ensure they don’t.”