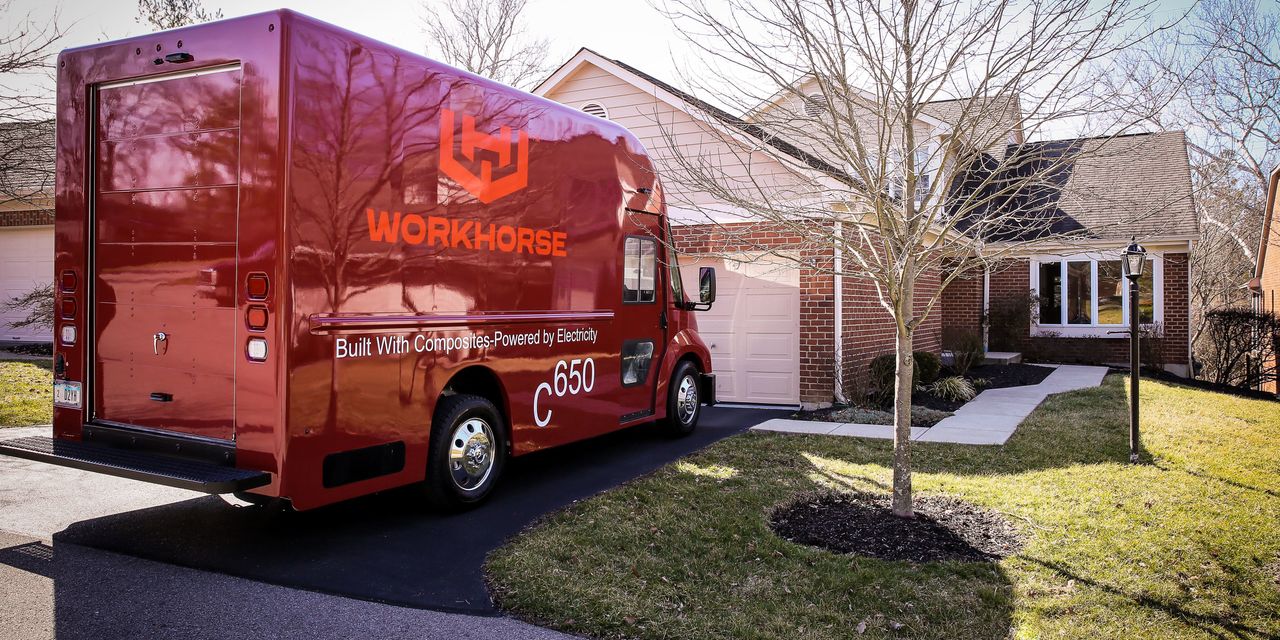 had a crazy morning Thursday—tapping a new CEO and suspending its production guidance for the rest of this year.

Change is hard, especially for investors who usually get unnerved by management shake-ups and company forecasts. But shares of Workhorse (ticker: WKHS) were up 4%, to $11.78, in afternoon trading. The

The reason for the bump, despite the turmoil, is that incoming chief executive Richard F. Dauch is the real deal.

Dauch is coming from the top job at Delphi Technologies, which he spun out of

(APTV) and then merged with

Aptiv is a supplier of electrical and safety systems, and BorgWarner is a vehicle powertrain technology provider.

He was also the CEO of Accuride, a designer and manufacturer of wheel-end systems for commercial vehicles, and worked at

(AXL), which his father founded. Richard E. Dauch was such as force in the car world that he was inducted into the Automotive Hall of Fame posthumously in 2019.

Dauch takes the reins next week from Duane Hughes, who rose to CEO from chief operating officer in February 2019.

Along with Dauch’s appointment, the company also suspended its production guidance for 2021—1,000 vehicles—so that Dauch can review the number and develop a plan “to address continuing challenges and opportunities,” according to a statement.

In May, the stock dropped double digits after Workhorse posted weak quarterly numbers and slashed its guidance to 1,000 vehicles from 1,800.

It would be hard to find a better candidate than Dauch to put the small EV company on better footing.

Commercial electric vehicles make sense. They can go all day on one charge and maintenance costs are lower. Barron’s wrote positively about Workhorse stock back in July 2020. It was our pick to ride the EV wave.

We predicted that shares could trade above $20 when they were trading at around $15. The stock did far better, hitting almost $43 a share in February. The top target price among Wall Street analysts in early February was $29 a share.

With a new CEO and no USPS contract, Workhorse is a different investment. But investors should probably wait for Dauch to articulate a new strategy before jumping back in.

Workhorse will report second quarter results on Aug. 9. That will be a chance for investors to hear from Dauch.

Electric vehicle sales: Biden’s goal won’t be too hard to reach by 2030